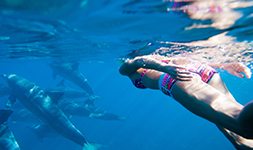 The Mauritius Turf Club welcomed jockeys from around the globe for the season’s finale racing day.

French jockey Maxime Guyon bagged his hat-trick in the final contest of the season, as he rode Alain Perdrau’s Sunset Breeze to his second win on Mauritian turf. In doing so, he also won the Jockeys’ competition for this weekend.

Running close to the pace, Sunset Breeze managed to get the better of a valiant Var’s Dream (Mark Zahra) in the home straight. Completing the final podium of the season was Billy Bojangles (Pradeep Chouhan), while Ready For Take Off (Rye Joorawon) was 4th.